What happens when profiteers trusted to grow your medical cannabis use unapproved methods to maximize the production of their crop? The answer is ‘No one knows!’

Currently, there is a complete lack of federal regulation dictating what kinds of pesticides and fungicides are to be used in the production of medical cannabis.  The door is wide open for unscrupulous growers to use whatever is necessary to eradicate an infestation. 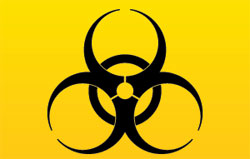 The recent and massive recall in Western states was the result of a product liability lawsuit brought against a medical and recreational cannabis grower, who allegedly used a dangerous and inappropriate pesticide called Eagle 20. Generally, the pesticide is used to prevent or eradicate pathogenic fungus. It stays on a plant for at least 90 days, so it is recommended to use only very early on and only with certain crops. Medical cannabis is a fast growing crop and the residue from the dangerous pesticide was still present when it was allocated to patients.

Over 100,000 plants from this grower were quarantined from 11 different facilities. Hundreds more were later quarantined from other facilities. The logistical nightmare associated with recalling all of the cannabis sold from these batches and all of the products from oils to baked goods to drinks is beyond comprehension, and presents a terrible scenario for State officials.

This domino effect of recalls, impacting growers, sellers, extractors, manufacturers and ultimately endangering the end user will need to be considered with every recall. Without federal regulations set forth by the EPA (Environmental Protection Agency) states have to regulate themselves when it comes to product safety.

State Departments of Agriculture and Health count on the federal regulations mandated by the EPA to formulate their own list of approved substances permitted to be applied or mixed with certain crops or products. This makes it very difficult for State regulators when trying to assure the safety of Medical Cannabis.

Organic growing is an entirely different method of producing a product that in the end yields a far superior and safer product, at least with respect to medical cannabis.

A recent survey by the editors of MMJ Business Daily of medical cannabis and recreational cannabis users showed that more than 75% felt it was important to them to seek out organically grown cannabis and cannabis products, regardless of price. Organic cannabis smells better, looks better, and tastes better, and is free of any harmful chemicals as a result of pesticide applications or chemical nutrients used in the growing process. Patients trust it more.

There are two kinds of pesticide poisoning:

Now that medical cannabis is an accepted form of treatment, a treatment that many are turning to get away from the chemicals found in standard pharmaceuticals, it makes sense that there should be organically grown alternatives available to the consumer. Why give patient options that only include products generated with the same (or much worse) chemicals that potentially caused the damage in the first place?

Organic treatments for pests and pathogens have come a long way, and many organic treatments are proven more effective than the standard, cheaper pesticides and chemical treatments used in regular grow operations today.

Insist on Organic, it matters.